The September edition of our e-Swaranubhuti Series is coming soon! This time, we bring to you a special morning show, filled with heart-touching Hindustani classical vocal performances.

The event premiered on 26th September 2021 at 9AM (IST) and received an amazing response.

Registration and viewership for the event is still FREE for everyone.

Register for the event.

Arati Ankalikar-Tikekar (born 27 January 1963) is a Hindustani Classical Vocal maestro who is active mostly in Marathi, Konkani and Hindi film Industry; known for singing in Agra as well as Gwalior and Jaipur style. She has received two National Film Awards for Best Female Playback Singer.

She has been credited by audio cassettes and CD recordings. She was the main playback singer for the Sham Benegal’s film, Sardari Begum.

She is known for her albums Tejomay Nadbrahm, Raag-Rang, and playback for the movies Antarnaad, De dhakka, Savlee, and the hit Sardari Begum, Ek Hazarachi Note. 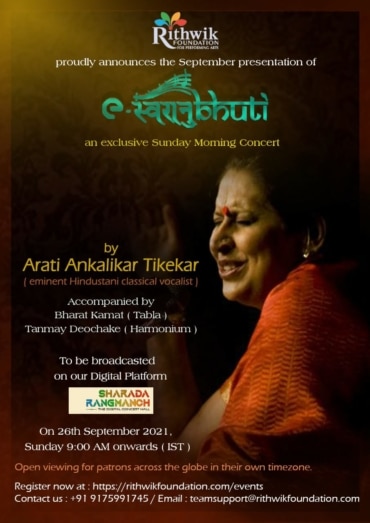 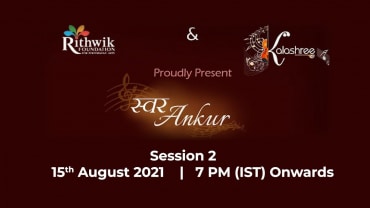 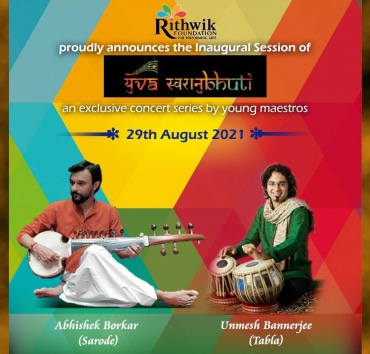 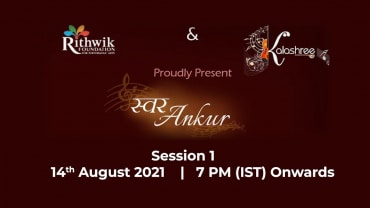 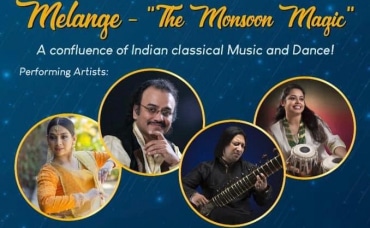 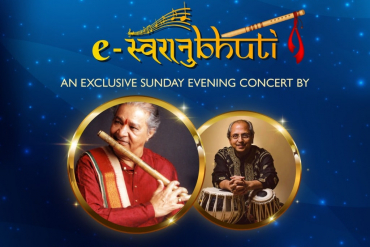 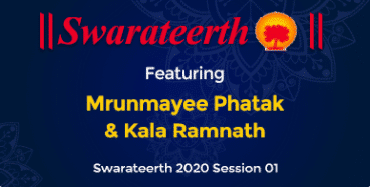 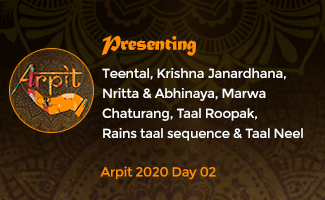